350 supermarkets has been successfully using the procurement automation solution developed by Loovatech for 3 years already
April 17, 2022

The retail business occupies a significant place in the structure of the group of companies. The company manages several retail chains, including convenience stores, supermarkets and hypermarkets. The management of the corporation decided to automate the process of interaction with suppliers within the subsidiary retail chain. In October 2019, the LoovaTech team joined an internal discussion of the tasks and conducted pre-project consulting.

The solution proposed was to develop a public portal for the supermarket chain's suppliers. The MVP was implemented in three months. During six months the system was actively tested and finalized. 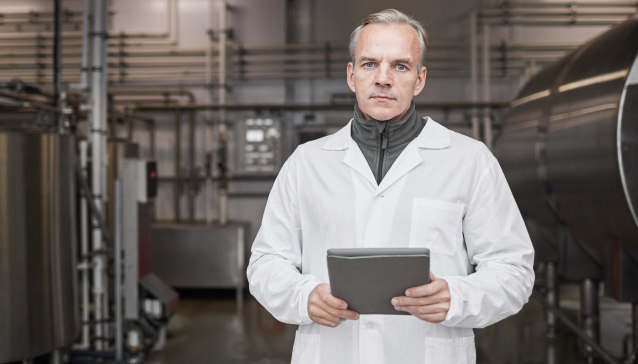 When developing the concept, we proceeded from the problems described by the customer. I will list the main ones: first of all, the lack of a transparent and centralized procedure for tenders. Because of this, the procurement of goods was haphazard. Poor communication between the internal divisions of the company and with representatives of supplier companies led to dependence on permanent contractors and tied the business to specific employees. Multiple standards and requirements with a huge variety of goods caused category chaos in the documents. The super task was to develop a tool that would position the retailer as a modern, technological and maximally open brand of retail business.

‍Both sides of the process: handling incoming vendor bids, and the initiation and conduct of tenders by the retailer's managers were subjected to digitalization. We now have a working electronic purchasing system. Classification of product categories with retailer standards and other product requirements has been digitalized. The portal has implemented personal cabinets for suppliers to participate in our announced tenders, as well as for independent offers of their goods to the retailer. There are also personal accounts for system users on the part of employees with delimitation of rights according to roles: category manager, negotiator, logistician, etc.

The effectiveness of the IT solution proposed by LoovaTech can best be judged by the numbers:

Developers are constantly making improvements and extending the functionality of the portal. Plans for 2022 include the development of a similar system to digitalize the procurement process in production.

No items found.
All news and publications

The concept allows you to get an independent view of the task, solution options, roadmap, deadlines and budget
OK
Oops! Something went wrong while submitting the form.

The concept allows you to get an independent view of the task, solution options, roadmap, deadlines and budget
OK
Oops! Something went wrong while submitting the form.